Chairman of the Board, Venture Partner at TCV
Connect via LinkedIn

Member of the Board, General Partner at TCV
Connect via LinkedIn

RELEX has adopted a one-tier governance model in which shareholders hold the greatest decision-making power. They exercise it at the Annual General Meeting, when shareholders vote to elect the Company's Board of Directors as well as its Auditor. At the General Meeting, the Board of Directors submits proposals regarding the number of seats, election processes, and board member payment to voting shareholders. As the shareholder-elected controlling body, RELEX’s Auditor plays an important role as well.

It is the responsibility of the Board of Directors to oversee the proper administration and organisation of the Company. To further this goal, the Board has committees dedicated both to audits and compensation. These committees focus on issues related to the Company's financial reporting, control, remuneration, and other related subjects.

The Board of Directors is also responsible for the appointment of the Company’s managing director; at RELEX, this role is called the Group CEO. The Group CEO in turn is supported by RELEX’s Leadership Team. 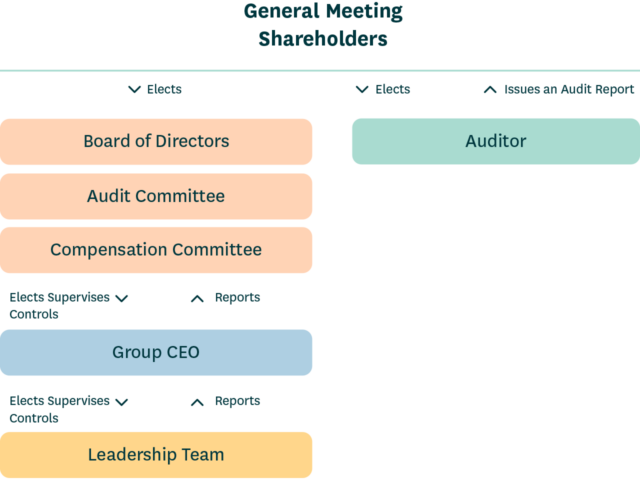