The rise of Amazon, which has already captured half the online retail market in the US, is being met with a surprising degree of complacency according to the latest research commissioned by unified retail planning experts RELEX. 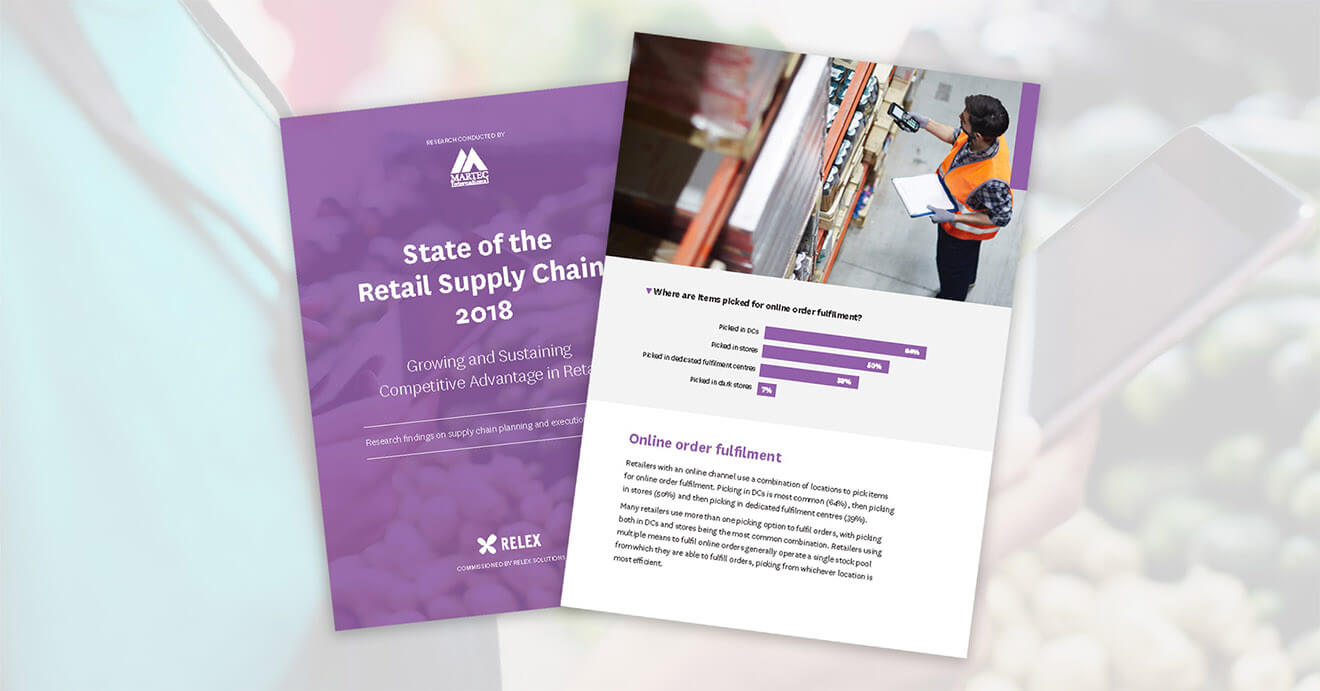 The survey, which interviewed senior supply chain experts from retailers that together account for 30% of the UK market by revenue, found that 68% were planning no ‘big changes’ in response to the growth of the internet giant but rather intended to ‘stay focused on their strengths’. One-in-ten don’t see Amazon as a threat at all.

Others (35%) say they planned to focus on increasing operational efficiency while smaller numbers planned to increase budgets and respond with greater urgency and new initiatives (10%) or intended to increase their spending on technology (5%).

In contrast 70% of those surveyed say they see competition in UK retail as fiercer than ever and yet only 38% agreed that shoppers are more in charge than ever. This contrasts with other recent research showing that consumers are highly focused on service and experience while three quarters will take their custom elsewhere if retailers fail to meet their expectations.

Other key findings from this year’s survey suggest that 45% of UK retailers see technology as more essential than ever, and that awareness and excitement about the potential of machine learning to transform retail planning (60%) is high although there is still some confusion around the applications of machine learning within the industry.

“RELEX’s survey shows a growing awareness of the power of technology to transform retail,” says RELEX CEO Mikko Kärkkäinen. “However, it’s also clear that most think their technology could be better and could do more.”

Amazon remains a threat not least because it’s single-mindedly exploiting every technological advantage it can use to give itself an edge.

“Amazon remains a threat not least because it’s single-mindedly exploiting every technological advantage it can use to give itself an edge. If the rest of UK retail doesn’t fight fire with fire it risks getting burned.”

“We were surprised at the level of complacency about Amazon in the UK market, most retailers are focusing on doing more of the same which will not be that effective. But levels of automation of the supply chain are set to increase, some 23% of companies plan to replace and upgrade their automatic store replenishment systems. Better systems, more automation, simpler processes and more strategic use of promotions will help retailers become more competitive.” Says Frances Riseley, Deputy managing Director, Martec International.

The new RELEX Solutions headquarters will be one of the largest in Espoo, creating additional space for future growth.

Coop Estonia used RELEX forecasting and replenishment to improve consistency and standards across all stores, resulting in high availability levels and reduced manual work in both stores and the central organization.

CJ Lang & Son Ltd, the wholesaler for SPAR in Scotland, and the largest Scottish convenience store franchise has selected RELEX to automate and optimise their supply chain processes.